15 Reasons for Infidelity in a Relationship

Find the most common reasons for infidelity in a relationship. Learn the possible causes of physical and emotional infidelity and what makes one cheat in marriage. 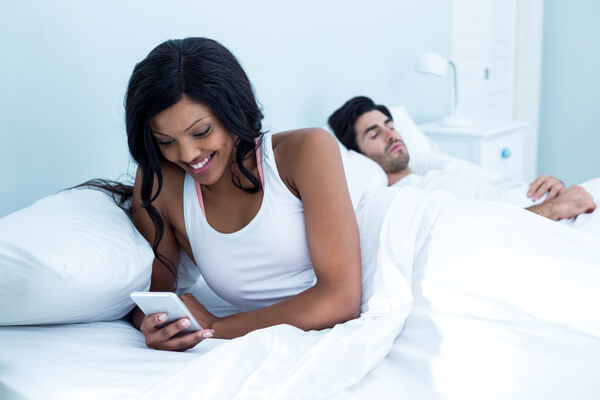 Infidelity has always existed, and that might lead one to think that the causes that motivate her have always been the same. However, there are many cultural factors that influence this behavior. Some of the reasons that can drive infidelity today were unthinkable centuries ago. However, others remain and always will. If you want to know the common reasons for infidelity, here is a comprehensive compilation.

Falling in love with another person

Among all the reasons of being unfaithful, this could be considered as the common cause of infidelity in relationships. This is because the love for a new person continues growing day by day and erupts in form of infidelity. This new love gives the person the feeling of being with the wrong person and thus leads to cheating.

The commitment to fidelity has never been accepted

For some people having a partner or being married does not imply that he or she is willing to give up having sex with other people. Monogamy is imposed by society, and they admit to living in a lie so as not to have problems. However, their intention has never been to remain exclusively with one person.

Escape from a routine and boring life

Although the daily life of most people can be considered as such, the way of living this situation varies from one person to another. There are those who take it as part of normality, while others the monotony drowns them. They need an intense experience to feel that they are still alive. This is among the top reasons for infidelity in marriage where one or both want to get relief from this boredom.

The couple goes through a crisis

When communication fails, arguments are frequent, and a permanent conflict begins to settle in the relationship, it is much easier to think that someone from outside deserves more than your partner. Unresolved crises, regardless of origin, are the perfect breeding ground for infidelity, and it is more than likely that sooner or later either of the two partners will finish consuming it.

There is an emotional void that needs to be covered

There are many cases in which one of the two members ends up giving up their family and friends to be with their partner. When in this type of case the relationship cools and the initial affection is no longer felt, this person may need to cover the emotional void that exists in his life. He/she does it by looking for someone with whom to share all his/her emotional problems. In this case infidelity does not have to physical, but in many cases it sooner or later ends up in bed.

Whether for a previous real infidelity or an alleged infidelity, there are those who only know how to handle such situations in terms of revenge. In order not to feel inferior, they need to be unfaithful to their partner as a way of balancing the balance.

Feeling that your partner does not give you enough

In this case it is also an infidelity caused by an emotional lack or lack of physical pleasure. He who is unfaithful does it by shielding himself from the fact that his partner does not give him enough affection or does not fulfills his/her physical needs. This makes the man or woman to have an affair and the situation tends to get worse.

Not to stay alone

Sometimes the decision to break up with your partner is taken, but you lack the courage to communicate it or it gives you terror of being lonely after breakup. On those occasions infidelity is a kind of "life insurance" that serves to have a reason to breakup. Here the person waits for another person so after breaking up they will not be alone.

When in the couple one of the two feels very inferior to the other, it is quite probable that it ends up committing an infidelity. For them it is a simple question of self-esteem. This perception may be subjective or real, but if one of the two feels constantly ignored by his/her partner, they may feel the need to value themselves.

Believing that you will not get caught

There are times when, simply, the occasion arises, and the person is too attractive to say no. If this case occurs, the difference between taking the step and not taking usually depends on the chances of being caught. There is a greater probability that infidelity will pass from the plane of fantasy to reality. If you think that no one will find out, either because you are far from your residence, or because that person is not going to cross in your life then this raises the chance of cheating.

Not being sexually satisfied

There are men with little amatory ability, and women who are only able to do so with the light off. Sexual frustration is a powerful stimulant of infidelity. If sex becomes boring, or your partner is too inhibited in bed, you most likely end up looking outside for what you do not have in your bed. This is one of the most known reasons for infidelity in marriages. After a few years you won't feel that passion in bed, but it does not mean to cheat. You can try new places, positions and tricks to keep the passion alive.

Alcohol and drugs prevent us from thinking clearly and at the same time minimizing inhibitions. If someone in a difficult situation consumes too much alcohol or taking recreational drugs, then they lose their ability to think wisely. They may be more likely to get carried away not thinking about aftermath of this cheating. This may lead them towards committing infidelity, even if they were not in their plans to do so. Other cases are those who have decided to be unfaithful and use these substances as an excuse.

There are those who find infidelity normal for a cultural issue. Especially in very macho societies, many women assume that it is normal for a man not to want to be with the same woman all his life. In such societies even men act accordingly, keeping even several lovers in parallel.

Believing that love is over

Love evolves and as time passes, passion begins to stand aside to give way to trust, complicity and intimacy. But there are those who live this evolution as if in reality love was over. This is because they identify this feeling only with how it manifests itself in its initial stage. The belief that there is no love in the couple, even if they are wrong, can make them want to experience that passion again with other people.

Having too high expectations of a partner

Idealizing your partner is never positive, but neither is idealizing the relationship as such. When you have totally unrealistic expectations like your partner should watch for you all the time then this leads to problems. Also other expectations like he/she should be fulfilling all your desires, and mortgaging their life to make you happy leads to trouble in a marriage. These types of people are usually those to whom children have been granted every whim and do not admit that nothing stands between them and their desires. When their partner is not able to behave as they expect, they feel that they are failing and find in it the legitimate to be unfaithful.