It happens more often than you realize. Two people who broke up decide to get back together and give it another try. We are not referring to couples who have a fight and spend a few days or weeks apart, we are talking about people who have formally broken up, spent months — even years — apart and who bump into each other at some point in the future and decide to start dating again. In extreme examples, this can involve couples who were married to each other in the past, got divorced, and then remarry each other. For all of you Hollywood buffs, does Elizabeth Taylor and Richard Burton ring a bell? 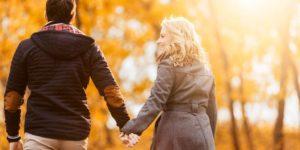 Is dating an ex ever a good idea?. To be honest, each situation will have its own unique backstory and as a consequence, its own probability of success or failure for rekindling the relationship. A few of you probably know of a couple who have made it work the second time around. However, a greater number of you most likely know of couples who gave it a shot and wound up crapping out again the second time.

This is why if you find yourself in a situation where you must ask yourself, “should I date my ex?” you must tread carefully. You should analyze your specific situation and be pragmatic with your conclusion. Don’t let impulse, emotion or a nostalgic zeal guide your decision.

If It Didn’t Work Once…

A good point to start from is by asking yourself, “why didn’t the relationship work out before?”

Really focus on the answer — be as honest and sincere as you can be. After all, this is a mental exercise, only you will be privy to your own answer. In order to arrive at a detailed diagnosis of why the relationship failed you need to conduct a “relationship post-mortem.” This means that you must not go down a path of trying to assign or assume blame. You should do your best to stick to the primary factors that contributed to the breakup. It will be these factors that will help you to determine whether or not a second round should be contemplated.

If infidelity was involved in your original breakup, restarting the relationship requires two things. First, that the guilty partner has not carried on with a pattern of chronic cheating in other relationships that they have been involved with. Second, that the victimized partner has forgiven the other’s transgression.

If a pattern of continued cheating exists, if one partner finds it difficult to terminate his accounts on dating sites or if one partner still carries resentment about having been cheated on, it would be best not to rekindle a romance. Even if infidelity does not reoccur, the burden of the shadow that it casts will always be hovering over the relationship. It is bound to take a toll in terms of lack of trust and jealousy.

How old were the both of you the first time you dated? If you were young or at a stage in your lives when college, career or family were placing undue burdens on your time and decision-making process, have those outside pressures subsided?

Where you young and not emotionally mature when you first dated each other?

If so, there may be a chance now for the both of you to dedicate the time and devotion to each other needed to guide the relationship forward. It is no guarantee that things will work out, but at least you will be able to get to a point where you will know. There is nothing worse than living a life with a “what might have been” ghost hovering over you.

Of course, if the person still displays the irrationality and irresponsibility of years past, that would be a sign that they are still immature and, as a consequence, not worthy of your bet on a future with them.

Do Either of You Have Children Now?

In the years that you drifted apart, it is possible that one or the both of you entered into another relationship which resulted in children. If so, how old are the kids today? Are you ready to assume the special set of circumstances that dating someone with kids imposes on top of those already placed on you by dating an ex?

The younger the children, the more directly they will impact the dynamic of the relationship in terms of time disposition, privacy, and opportunities for intimacy. Are you and your partner willing to take on the added burden just to have a second shot?

Has Time Numbed Your Memory?

Time can be a tricky bastard. Sometimes it is able to dull the acuity of your common sense and rationality. It can cause the memories that you have cultivated of your ex to be focussed on extremes. You either remember the very best of them or the very worst. This means that you will either hold them up to a pedestal or condemn them to the gutter.

This lack of definition will hamper your ability to properly evaluate the possibilities for a second try. Don’t let nostalgia be your guide, let the complexity of your past experience with them show you the way. Think about how things used to be from every angle. Force yourself to remember what annoyed you, not just what attracted them to you. It is the only way that you will be able to accurately rate your possibilities and determine if it’s worth it.

So, What’s the Final Answer?

If you were expecting to find a definitive “yes” or “no” as the answer to the question, “should you date one of your exes?” we are sorry to disappoint you. The reality of the situation is not that simple. As a matter of fact, if you find yourself being able to answer that question swiftly and without self-deliberation, chances are that you are not ready for such an undertaking. Under those conditions, by dating the same person again you will likely end up as you did the first time — in seperationville.

If, however, you have asked yourself the questions we mentioned above and you pragmatically arrived at a series of answers that convince you that a second chance is merited, then dating each other again would be a calculated risk with potential for success. In other words, you are the only person who can accurately answer whether dating your ex is a good idea.