Find the best way to get your ex to talk to you first in person or over text. These tips will help to make your ex girlfriend or boyfriend contact you and want you back. 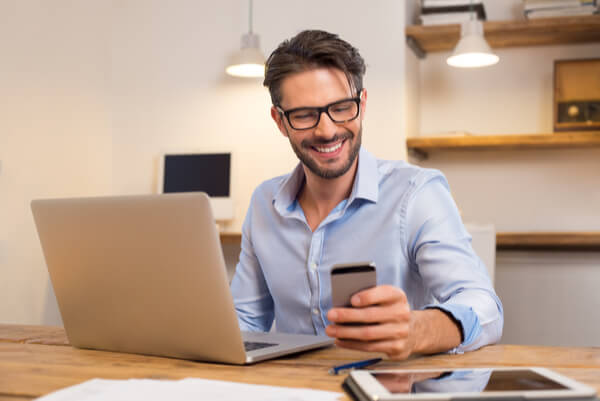 The toughest thing after a break up is getting your ex to talk to you. The truth is people are so confused on what to do after a break up that they end up doing messing it up a bit more. This happens because on one hand you want them to talk to you and on the other hand you want to yell at them and just say “Stop ignoring me”. This is where lays the problem. However, you don’t know what the right thing to do is or what the right way is to get your ex to talk to you again. That’s why we are here as we have a step by step solution for you. So, if you want your ex to stop ignoring you and start talking to you then take a look below.

Why is your ex ignoring you?

I am assuming that the reason you know your ex is ignoring you is because you have tried to contact them in one way or the other. So, why do you think your ex is ignoring you? What have you done beside the obvious break up part? These are the questions that need to be answered so you don’t end up making the same mistake twice. Don’t worry whatever you did is fixable, but it was not perfect. Before applying the technique to get your ex to talk to you over text or in person, you need to their feelings. It’s important to know this detail and for that here is the list of common reasons of why your ex maybe ignoring you.

This reason is more common than you think and sometimes it seems like begging or just plain old annoying. For example, message after message from your ex about needing to talk to you, or even worse call after call. Trying to contact your ex immediately after the break up tends to get annoying. This is because the reason you broke up with them is to get rid of them, but now they don’t seem to get the message. Let me make it simpler for you, first someone begging is not attractive and second you should just stop acting super needy. You need to just make her realize that breaking up was a mistake and then your ex might start talking to you. So, just give it some time.

This is a fair reason, he/she may have hurt feeling from something that you did and because of which they are choosing to ignore you. This is not just post break up, so it may also involve the things you did or said during your relationship. Basically, it’s something you did that pissed them off and now they are ignoring you to teach you a lesson. It’s fairly normal human way to get back at each other.

Every relationship has its fight and may be the reason you guys broke up is one of them. The truth is no one ever really forgets about what is said during this fights but we choose to ignore it because we love the other person. However, now that you two have broken up all that surfaces and maybe that’s the reason your ex won’t talk to you.

The real reason behind your ex ignoring you might be that they just want to gain that much control over you. I know it seems a bit of a drag but it is also seems to be working because here you are looking at how to get your ex to talk to you, which if nothing else tells you about how much control they already gained over you.

One of the hurtful reasons of why your ex may be ignoring you is because they may have already moved on. So, if they have someone new in their life it would probably make sense to ignore you. The more they talk to you the more the past drags them behind.

Trying to Move on

The best and the sane reason of why your ex is ignoring you is that they may be trying to move on. The truth is starting anew is hard as it is, so you don’t want any lingering effect of your ex relationship. Hence the best way to move on is to cut all ties including you too. I understand if this may seem a bit harsh but the truth is you would do the same when trying to move on.

The best way to balance the push-pull equation right now is by using No Contact rule. This rule states that you are not to contact your ex in any form for at least 4-6 weeks with three exceptions. First of these exceptions is when you two have a child. Second is if you two live together, work together or are in school together and lastly in case of emergencies. Barring these three exception you are not to contact your ex in any form. Even in these exception you should only talk to them pertaining to the subject and nothing else. This no contact period gives you enough time to work on yourself and makes your ex think about you. This therefore balances the push-pull equation.

Get Noticed by your Ex

Just think about it, if you did all this and no one noticed t all, then what? I think you would be super pissed, don’t you? So let’s see what we can do about that. The best way to get noticed is to go out with friends, have a party. This way people see that you are doing fine and this news is bound to reach your ex one way or the other. If this doesn’t work then use social media to post pictures of you performing different activities.

However, if all else fails then you may use her friends to get her to notice you. I mean, if you have been in a relationship with this girl for a while then you are bound to have some common friends, so why not use them. Invite these friends to a party or hangout with them as this way the news of how changed you are will definitely reach your ex. But whatever you do, do not have an affair or one night stand with your ex friend to not completely ruin all your hard work.

Topics to talk with your ex

Once the no contact period is over, it’s time to contact and get your ex to talk to you once again. However, you are not to do this like you did the last time. Instead you need to plan what this conversation is going to be like and what’s your goal coming out of this conversation. So, let’s prepare the range of topics to talk about and not to talk about. This will make it easier once you are able to get your ex to talk to you .The thing is when people start talking to other people they like to talk about stuff like their hobbies or what they like. What if the other person doesn’t like the same thing you do? That’s why you are making this list because you do know what your ex likes to talk about so why not start from there.

The Tortoise effect basically says not to hurry as slow and steady wins the race. This, when put in context to our current situation means not to go overboard with texting and talking. Remember to take it steady, so start with one text a day, then take it to two a day. Now, gradually increase it till your ex is comfortable talking to you whenever and wherever. Also start by texting to calling to hanging out, gradually increasing their comfort level with you again.

Go and talk to your ex

Enough talk, once you are past the no contact period then it’s time to contact your ex. It’s obvious that you may get a bit nervous, but remember you have worked on yourself and it’s about time to just go for it. Start by something like “Saw _____ today which reminded me of the day we did _____”. The dash is to be filled with happy memory so as to increase the chance of response from your ex. Lastly, just remember that you have done all that you can. So if it doesn’t work, then maybe it’s time to for you to start thinking about moving on as well.