10 Reasons Why Men Have Commitment Issues

Find the ten common reasons why men have commitment issues and what causes this fear. Learn why they are scared being in serious relationships. 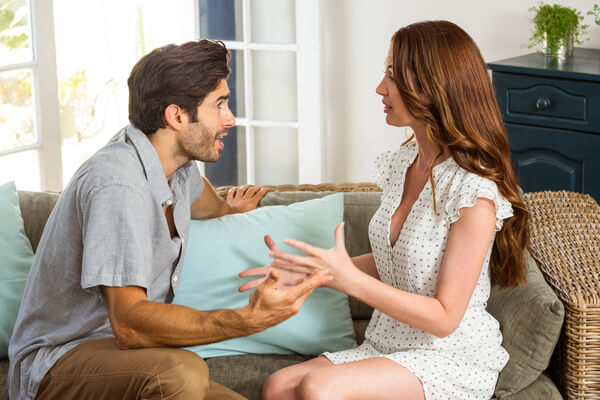 There are many relationships where one of the partners are not ready to commit which becomes a problem for the other. There are many people shy away from commitment, and even talk about "phobia". But what is the fear of commitment? Men are the ones who usually have commitment issues. Well, if you are in a relationship with such a man, then here are some of the reasons why men have commitment issues. This will better help you to understand the reason of his fear and thus get him committed to you.

Humanity is a proud species, more now that there are so many tools to show, the world. This results in a tendency to strive to "look" rather than "be." To let another person in and see it carries a great risk of vulnerability, that is, to let someone else know how we really are. This is one of the common reasons why men have commitment issues. They feel shy to open up or over think which creates this fear.

If you come from a family with bad marriages, where there were cases of violence, crimes, abuse, etc., it is not uncommon that the guy does not want to enter into a serious relationship. The risk of falling into the same kind of relationship as your parents is too high. In this case you can take his hand and make him understand that you can deal with bad times maturely. The guy fears commitment because he had previously seen some bad relationships and thus does not want to experience the same.

Recently I read on a dating app: "I'm with my girlfriend until I find a prettier, sexier". There are millions of people out there, and there may be something better out there, so the "together for now" is not so strange. This might be the case with many men. If they don’t look at the women as the best then this is among the reasons why men have commitment issues. In this case, you can read some advanced guides to understand male psychology and get him to commit. After trying if the guy still does not want to have a serious relationship then breakup.

The movies and stories have made many men and women believe of the perfect partner or what we call as the soulmate. The principle continues in essence in life and many are looking for the perfect girl. They want all the good in the woman and not a single bad quality. Having a perfect partner in life is one of the reasons why men have commitment issues. If you are dating this guy and he doesn’t find you perfect then he won’t commit. In such cases you can make the guy realize that you are the best he can get and that no one is perfect. If you can make him believe that you are the best for him then he will get very serious about the relationship with you.

Feeling of being "trapped"

The commitment may seem like a cage full of bars, from which you can never escape. The fun ends, friendship is cut short, dreams are collapsed, and the chains of responsibility sink you into a bottomless sea. Not counting how bad the couple can be together or face bad times. If the guy thinks that committing to you means getting caged then he will never commit. Women need to make guys realize that he will have his own space even after relationship. You will not be that kind of girlfriend/wife who will restrict him from going out with his friends.

Fear of how the relationship will end

Sometimes what is feared is not the relationship itself, but the moment in which it will end, and how it will end. "To have a bad break, better not start" is the predominant thinking, with some variant. And, when there are legal proceedings involved, this is even more serious. What will happen if the relationship ends badly? How much alimony will I have to give in case we end up in a divorce? These are some questions that bring fear of commitment in guys.

Fear of lack of sexual diversity

A common reason of fear to commit in attractive men is based on sexual desires. Having so many single women to sleep with, why confine myself to a single individual? What if I get bored with this person? What if it turns out that we are not sexually compatible, and I have to stay with her for the rest of my life? Well, this is the case with very attractive looking men as they easily get women and thus don’t want to be in serious relationship.

When two people commit, there is a big change in their lives. There are things that will be modified, others will be left out due to lack of time. If the guy has some serious goals in life and thinks he can’t provide you time or focus on his passion then he won’t commit. If you seriously love the guy then just make him understand that being together will actually help him stay more focused. Let him know you will be the happiest person when he achieves his goal. This may give your man some relief and he may commit to you.

Fear of being wrong

And what if that person is not your "soulmate"? What if it's I make a gigantic mistake that ruins my life? If the guy is not sure about a girl then this is pulling him back from having a serious relationship. What if the women change colors after marriage and makes life hell? A doubt that committing to the woman can be bad for him warns him to stay away from serious relationships.

Having cultural differences is also among the common reasons why men have commitment issues. Maybe if the guy is religious then he may have preference to a woman who follows his religion. This will help his children have better knowledge about the religion he follows. Also, if you have huge cultural differences then this might make a man think of difficulty of staying together. It is very difficult for some to live with someone who has been brought up in a different culture.

Fear of commitment is not a disease, but a symptom of more serious problems. Here some have been reviewed, but there are others, some very personal, that are applicable to certain cases. Bad past relationships, few familiar examples, cases of violence, mistreatment or crime has made him doubt in serious relationships. Fear of not knowing how to act if even his relationship ends badly gives men chills. There may not be one motive, but several, and all are based on the same principle of fear.