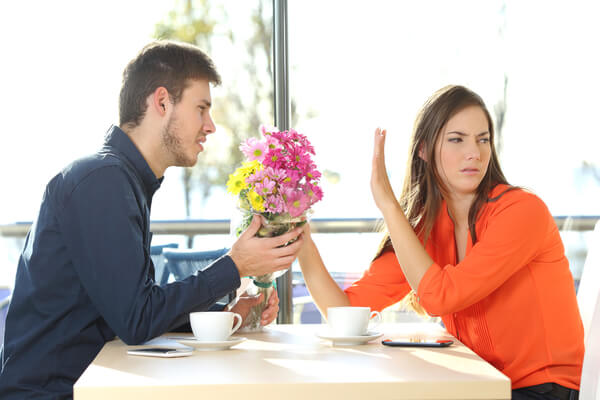 Life is not easy for everybody, especially if you do not have an army of people who listen to your little whim. There are complicated issues, such as when you decide that you will tell your friend that you like her more than as a friend, and she tells you that she loves you, yes, but as a friend.Here are the reasons why she just wants to be friends and what does that actually mean? One of the most common problems faced by men is getting friend zoned. This destroys their chances of dating the beautiful girl. Most guys get friend zoned because they choose the wrong path where you first be friends. Instead from the very first time you should hint the girl that you are interested in her.

She does not feel the same for you

The psychology of girls is different from guys and they think that rejecting someone directly is bad. Therefore, when someone who does not like us is declared, we tell him that we like him as a friend so he does not feel bad. She may really see you as a simple friend, but she does not see you or want you to be her boyfriend, lover or the like. She has not thought of you in that way because you have failed to give her proper hints. It is possible that she might not have tightly friendzoned you yet, but she even does not think of you in that way. So, this is one of the reasons why she just wants to be friends with you.

There are times when the person in question has no interest in being your partner, or your partner in a business, or something. Maybe she has listed you under the “friendships” folder, and she has no desire to be more to you. And a healthy relationship, among other things, is that between two people who wish to have it. If she does not want to, you cannot force her. So, the next time to prevent yourself from being friendzoned, show your qualities that you can be a perfect partner.

You seem too immature

Many men behave too immature when they are around women to be funny. I mean they become too funny and instead of seeming interesting, they look immature to women. Maybe that girl wants to have a partner, but she does not see you as someone with the necessary maturity. Someone who still has child like behaviors does not fit into their plans when they were twenty-five years old, for example. Next time you like a girl, play right with your sense of humor card. Playing it wrong can make you look immature and she might just want to be friends with you.

She need to focus on her goals

Some girls value your friendship, and they want nothing more than your friendship. Having a romantic relationship (in general or with you in particular) has no interest or importance for them, at least not at that time. She may want to focus on her studies, career, her work, herself, some problem she may want to solve, and not put her time and energies into a loving relationship. So, when a girl says this phrase to you then this means that there is something more important in her life. She wants to currently focus on that important thing and has no interest or time for a relationship.

She thinks of you as brother

This is one of the saddest reasons why she just wants to be friends where she means that I think of you as my brother. If this is the case then you have no chance of attracting her now or in future. She has bro-zoned you and this is the highest level of being friendzoned where it is impossible to get out. If you are in this zone then better find a new girl.

She is not interested in that kind of relationship

There are people who are asexual (they do not feel sexual attraction) or they do not feel romantic attraction. They know you want something from her, and she knows she will not be able to give it to you, which will lead them to a miserable life where no one will be happy. If she wants to stay friends then it can mean that either she is asexual or does not feel sexual attraction towards you. So, it is possible that you have failed to attract her and got deeply friendzoned.

She is not interested in having a relationship with a man

In recent times women being attracted to women is common and this maybe the reason why she wants to be friends. She may not feel attraction towards men, instead she feels it towards women. Although, women are not very open about this in Asian countries, but it is common in Europe or North America. So, if you live in some Asian country then there are some chances that she likes women and does not want to reveal. If you are in United States then she may say it to you directly that she likes females.

She does not see you at her level

Some women have already freed themselves from the “blue prince” lie (which does not exist, there are not enough princes, and not all are nice, or single). Instead they focus more on them, and wonder if it’s worth the effort to try a life as a couple. They have set very high standards for their boyfriend or husband. Maybe you do not have the same values, or you do not have the quality she is looking for in her boyfriend. You may be a good friend, but you are not what she wants in a partner (or lover).

She has interest in another person

Whether the girl in question likes men or not, she may want to have a relationship, but not with you. Leaving aside basic arguments, sometimes she simply has given her heart to someone else. This is one of the reasons why she just wants to be friends as she is already in love with someone.

Why do women use this phrase instead of directly saying “No”? To begin with, because they understand that it hurts the feelings of others, and that it is bad. So, by saying “I like you as a friend” they are trying to lower your pain.

She has not moved on from her past relationship

It may happen that she might have recently come out of a good or bad relationship and needs time for healing. If it was a bad relationship then she may in a few months move on in life, but if her ex boyfriend left her then she may take time. She is not ready for a new relationship and requires time to move on in life. Maybe since you took the wrong path of first becoming friends and then expressing your feelings, she looks you as a friend only. She does not want to repeat a horrible experience of relationship with you and lose you. Also, there might be some chance for you if she has not friendzoned you, but simply needs time to get over her ex relationship.