Learn the best tips and ways that can help you prevent and avoid the friend zone with a guy you like studying in class of your high school or a friend at work.

Become confident and lovable to get out of friend zone with a guy you like in high school or college. These expert tips will pull you from the friend zone fast. With the help texts, body language, proper conversations and a good attitude you will finally be able to attract the guy. 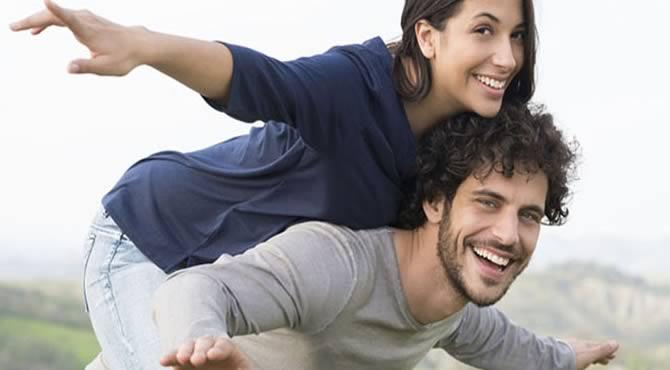 Being trapped in the friendship circle is one of the worst thing. If he is your friend he definitely loves you, but is not attracted to you. Here you will learn all the different tips which will help you avoid some common mistakes that girls make when confessing their love. I want to clarify that these tips do work, but I am not an expert. Here are the best working tips to avoid the friend zone with a guy and build attraction.

Friend zone can be considered as a situation which arises when the attraction levels of both the guy and the girl are different. Maybe a guy is attracted and girl only sees him as a friend and vice-versa. Often many end up sitting in the friend zone because they are unable to make their partner physically attract to them. So in this article I will teach how to get out of friend zone with a guy.

This situation is actually when a guy or girl likes the company of their partner, but has never thought of them in a romantic way. So to remove the “just friends” tag and fall into a romantic relationship you need to first add the attractions seeds in his mind. If you don’t follow this trick then the final answers from his side will be ”You are just my friend ” and many a times guys and girls often start ignoring each other after one proposes to another.

At times we sit at the comer of the room thinking to say our feelings to whom we love, but at the end we don’t say it. This is a common case in both boys and girls because of being afraid to get rejected which can also end the friendship between them. But before starting promise yourself that you will have the courage to follow the plan because for you he is not just a friend, he is quite more than that. So from here there are two ways, road A takes you his friendship where you are not expressing your feelings and on road 2 you will get him as a boyfriend. So the path that takes you to his heart are only mentioned in this post.

Before planning to avoid the friend zone, it is important that you first check the signs of being inside friend zone. After checking these signs, go ahead with these tricks to make him you boyfriend.

Take more care of your looks

At this point I want to add my honest opinion that each and every girl has its beauty, but the guy will not love it until he is attracted to you and wants to know more about you. The way you dress, makeup and hair style is to show your feminine side and with these things you will first start making him subconsciously think about you in a romantic way and then after implementing other tips he will come to you and confess his love.

Boys usually pretend that surprises have no effect on them, but the opposite is true because like girls even they adore surprises. So to surprise him, take the initial steps to get out of the friend zone and transform your appearance. You are no more a regular girl he used o think, escape this zone and turn out to be a more beautiful, confident, lovable as well as a mysterious girl.

Let him see the competition to get you

According to various psychological and dating gurus to attract a men you need to show him that you are a hard fish to catch. Talk to other guys around you to make him feel that it is a difficult task to make you fall in love. Men are evolved in such a way that many a times they notice the beauty of a woman when other finds it attractive. Go for movies and flirt with your other guy friends. When he comes to know about this then this can be a great way for you to get out of the just friends cage and make him think about you more. Don’t be hesitant if you distant yourself too much from him because this will first clear his idea in his brain to be your good friend and then you can again approach him.

One thing you need to avoid is showing him or giving him clear signals that you want to be in a relationship with him. If you show him that you are eager and desperate than this can ruin our plan.

Touches are the essential part that creates a line between friendship and romantic relationship. Many times both girls and boys fear or get uncomfortable with the physical touches. If you want to get him than take risks, start by keeping a hand on this shoulder. When walking brush your hands to his and it also sometimes ok to playfully hold his hand and so many things can be done. Never hesitate in doing such stuff, act as if you are not aware of this because if he sees that you are uncomfortable then the whole moment can turn into awkwardness.

To learn the complete and 100% working tips you must refer to the expert books because whatever they share is from the years of study and experience. This step is very important to avoid the friend zone with a guy because if you are not able to arise sexual attraction towards you then nothing is going to work. When you are alone try to flirt with him more both verbally and physically. The level of physical touch totally depends on your comfort levels so if you aren’t comfortable then don’t force yourself.

Let him notice that you are mysterious

Leaving him puzzled and showing your mysterious side can be great way to tackle this friend zone. The most significant contributing factor for girls being trapped in the friendship territory is because of the insufficient information they have to attract guys. You may have several times wondered a not so beautiful girl dating a hot guy and a not so hot guy dating a sexy girl. This is all because they guys and girls have the confidence level high and also they are able to create a mysterious personality in from of the person they want to attract. The main piece of puzzle in the game of attraction is being mysterious, then the confidence and finally the physical touches.

Spend sometime alone with him

This stage of the plan can be quite tricky and won’t work for all. Asking out a guy for a date can be weird and uncomfortable for many and hence you must plan non-dates. Simply when going out to some place you can ask him for his company. Make a plan to go to a park or beach whichever is near and call him for his company, tell him you are feeling alone and no one is willing to come, make any excuse so that you get a chance. The whole drama is to bring him and let him spend more time with you so that he starts knowing about your inner qualities. Also remember that few touches and hugs can work great. The more time he spends with you alone, more are the chances that he will finally end up loving you.

Be unavailable when he contacts you

This is another great way to create both mysteries as well as make him think about you. Suppose when he calls you and asks you to come to a movie with him or any other plan, say him that you are busy and at that day your plan is to go to shopping with friends. But in this case you later you ask him to go out somewhere because after you have said no there are fewer chances that he will again approach you. Start behaving a little weird by not picking up his calls and 10-15 minutes later calling him and giving an excuse that a friend had come for help or you simply you were busy. This step should be implemented in a safe manner because after avoiding him if you don’t approach him then this can give him get a negative thought about you.

The way you talk to him should be very much clear for example when he promises you something and breaks it then don’t stay calm. If you are disappointed let him know that you are. Having conversations on mobiles nowadays has a great role in arising the felling of love between the two. I have many times heard before that a girl met a guy online, both used to chat, one day decided to meet and finally they ended up in a happy relationship. Don’t limit your verbal conversations, but at night do remember to have a chat.

Researchers have explained that talking to the same person every night before going to sleep can actually make him dream about them and it also makes the other person attracted. Just remember to avoid any chats to know about his current or previous relationships and every time be honest to express how you felt because of his actions or words.

Learn the art of body language

Body language is again a crucial factor for attraction for both man and woman. If you are not very comfortable to go higher with physical touch then your right body language can come to rescue. Try to keep your smile wide having a conversation in person. It has been proved that a woman that smiles more has the ability to attract more men. Also sometimes looking in his eyes can be a great attraction signal to his brain. Whenever you hug him, remember that it is fast and avoid the kissing part. These simple body language hacks will slowly and steadily help you get out of friend zone with a guy.

According to social psychologist, hiding love can cause frustration and emotional distress. No matter if it’s a new friendship or one that has lasted long, romantic tensions often become a difficult situation when there are so many emotions involved.

However, although it is not always easy to get out of the “friend zone”, it is not impossible. According to a study by the University of Maryland, “a biased cognitive thinking” can help you avoid friend zone with a guy. This kind of thinking often distorts reality to some extent, which sometimes causes us to overestimate the others feelings. I mean to say that you should make yourself believe that he loves you. It happens that this “false thinking” can help achieve good results and sometimes we awaken a romantic interest in that friend. This false thinking gives us the confidence to engage in more intimate conversations, impress with new ways and even flirt.

Share with us your experiences about what you did to avoid the friend zone with a guy so that some of your tricks could help our datetricks community.

How to Impress a Boy Without Talking To Him
How to Flirt With a Guy Over Text?
To Top